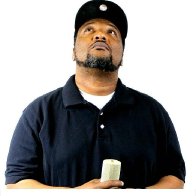 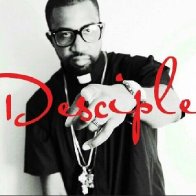 The world of hip-hop with its melodic beats, profane language and sometimes violent imagery, seems far removed from the prayers, songs and practices that often accompany religion. The new honors course “Religion and Hip-Hop” aims to bridge the gap between these two worlds at California Lutheran University (www.CalLuteran.edu).

Designed and taught by Associate Professor of Religion Rahuldeep Gill, he said he is excited to update the class throughout the years to come.

“This class is a juxtaposition of two things that don’t really go together, but if you look closely, they go together in really interesting and informative ways,” Gill said. “Once I learn what students like throughout the semester, I will definitely be remixing this class for as long as they let me teach it.”

With 10 years of teaching experience at California Lutheran University, Gill said he is always looking to push his students to explore new areas of learning.

According to the Cal Lutheran course catalog, this course highlights the relationship between hip-hop and religion in three ways: “the religious streams within hip-hop culture, hip-hop culture as a meaning-making system that parallels the work of religions, and hip-hop culture as giving voice to global religious concerns beyond its original American urban contexts.”

“Hip-hop is a culture and an experience, and in this course we will look at how hip-hop has been used by religion or religious people to spread the gospel and bring people together,” Gill said.

Gill said that the first hip-hop event was a party in a steamy, sweaty basement in the lower Bronx. The party grew and, eventually, people got more and more attached to it.

She took this class because she was curious about how religion and hip-hop could work together. Through the class, she said she has been able to understand hip-hop a little more like what exactly it is and why it has so much history.

“In this class, being able to see different races come together in a classroom to talk about rap is amazing. I’ve started to see that other people from different races relate to rap, and how it has affected everyone’s lives,” Bereda said.

As a practicing Christian, Bereda said she used to feel slightly guilty when she listened to rap music, but now she feels more courageous and happy to listen, because she has found a lot of things that resonate to her Christianity through the music.Gill said that hip-hop today is so diverse and no one really knows how large it is.

Adina Nack, the new director of the University Honors Program, assisted Gill in starting this class.

“A course like Religion and Hip-hop exemplifies the goals of the University Honors Program, in that students are being challenged to engage across traditional academic disciplines in order to explore complex topics that resonate with contemporary spiritual, social and political issues,” Nack said.

She said her goal as the new director is to increase the variety of course offerings for honors electives so that students have unique opportunities to explore exciting academic questions and learn new skills.

“I foresee a course, such as Religion and Hip-Hop, inspiring students to think beyond their academic major and career goals as they focus on learning from professors who motivate them to examine new sources of knowledge, which can enrich their overall undergraduate experience,” Nack said.


What Does It Mean to Be a Minister of the Gospel?


What does it mean to be a Minister of the Gospel?

Last weekend I had the privilege of returning to my alma mater, Ouachita Baptist University, to speak at its second annual Called 2 Ministry retreat for high school students. I was very impressed by the execution and content of this retreat, and could only imagine what an impact something like this would have had on my life when I was in high school discerning a call. (Youth ministers, pastors, parents: send your called to ministry kids to it next year!) I was asked to give the devotional Friday morning and to speak to the female students that afternoon, and the entire experience was a huge blessing.

One of the unexpected experiences after publishing my book has been an onset of feeling completely unworthy to write on this topic and to be a minister of the gospel at all. Almost every day I have battled the devil reminding me of all the reasons I shouldn't be in ministry. I have felt like Martin Luther, who often wrote about his struggles with Satan, who reminded him of his sins. Then, of course, there's the famous story of Luther throwing his inkwell at the devil. Whether or not that story is true, I wouldn't mind throwing my own inkwell at the devil if only I knew it would cripple him!

Leading up to my trip to Ouachita, I especially was reminded of all the stupid things I did in college, all the things I wish were put under the rug and forever forgotten. The devil was once again reminding me of my past sins and failures, but Luther offers a good word, a truth that we find in Scripture and one that I cling to every day. Here's what Luther says:

“When the devil throws our sins up to us and declares we deserve death and hell, we ought to speak thus: ‘I admit that I deserve death and hell. What of it? Does this mean that I shall be sentenced to eternal damnation? By no means. For I know One who suffered and made a satisfaction in my behalf. His name is Jesus Christ, the Son of God. Where he is, there I shall be also.'"

The truth is that apart from the work of God's grace in my life, the devil is correct. I do not deserve to a be a minister of the gospel based on my own merit, just like I don't deserve to be a child of God based on my own merit. The same is true for you, too. But in Christ, the devil's tactics fail and his words ring hollow. By grace we have been saved, by grace we have been called, and by grace we serve Jesus Christ because he is good and he loves us. This is good news!

So in preparing for my trip to Ouachita, the Lord led me to Ephesians 3:7-10. Here Paul, I believe, addresses a key question for us: What does it mean to be a minister of the gospel? The devotional I gave was based on this text and formed around this question.

1. Being called by the Living Triune God. (Our calls begin and originate with God and not ourselves.)
2. Being a servant of the Living God.
3. Being a recipient of the grace of God through the working of his power.

The grace of God is not some magical substance out there, but it is God himself empowering us to do his work though we don’t even deserve to be a servant for him.

If you are reading this and you, too, feel like you don't deserve to be a minister of or for God, then you're in good company. However, there is power in God's grace and God is gracious  to use sinners like you and me. We are walking, living testimonies to others about what God is able to do. With our lives we can proclaim that we are forgiven sinners. To be a minister of this gospel is to be one sinner telling another sinner how to find their Savior.

So let us go forth in peace and confidence in the grace and love of Jesus Christ to serve him with our lives today and every day.

Dear GospelCity.com Family: For the past 20 years, GospelCity.com has served as beacon of light in the community, with its #1 Goal, to spread the Gospel worldwide.  The...